How What You Eat Affects Your Brain

Home > Blog  > How What You Eat Affects Your Brain

01 Mar How What You Eat Affects Your Brain 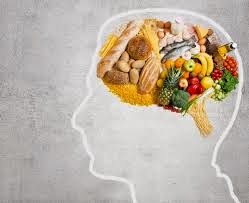 They say “You are what you eat”.  That statement has a lot of truth behind it.  Neurotransmitters are messenger molecules produced by the body to communicate and control almost every bodily function.  Many are made from the nutrients in our diet.  Amino acids & B vitamins from the food we eat are building blocks to these neurotransmitters.  3 of the most important neurotransmitters are Dopamine, Norepinephrine (NE), and Serotonin.  Dopamine is associated with pleasure & reward.  Low levels of Dopamine are associated with ADHD, Parkinson’s, depression, and addictions.  High levels of Dopamine are associated with mania, psychosis, and schizophrenia.  It is a precursor to NE.  Good sources of Dopamine include chicken, turkey, fish, almonds, avocados, cheese, yogurt, pumpkin seeds.  NE is released from the sympathetic nervous system and is responsible in part for the flight or fight response.  Serotonin is associated with well- being & happiness.  It regulates sleep & appetite.  Good sources for serotonin are bananas, papayas, dates.

Glycemic index (GI) is a measure of how much and how quickly a food will raise blood glucose.  High GI foods include refined grains, potatoes, and sugary foods.  Low GI foods include beans, fat-free dairy, some fruits, and barley.  The human brain uses glucose as fuel.  Decreased blood glucose can cause impatience, irritability & aggressiveness.  Self-control requires adequate levels of glucose in brain.  Stevia is 300x sweeter than glucose, but will lower blood glucose and can decrease carb cravings.  Psyllium absorbs excess glucose, fat & water in gut.

Inflammation in the body is a response of the vascular system to harmful stimuli.  Acute inflammation is a good thing; it helps you heal from injury.  Chronic inflammation is detrimental; it results in an increased cortisol level, which can suppress the immune system.  Increased stress increases cortisol which can increase depression & memory problems.  Anti-inflammatory nutrients can ward off these problems.  Generally those foods are associated with the Mediterranean diet: fruits, vegetables, fish, walnuts, flax & whole grains, sage, ginger, chili peppers, black pepper, green tea, red wine, and dark chocolate.  Omega 3 fatty acids are called nature’s natural anti-depressant, and are only found in our diet.
In conclusion: the nutrients we put in our mouth have a direct relationship with how our cells communicate, particularly how our brain functions.  Those nutrients can affect our cravings, our mood and our immune system.  There are no empty calories; every single one has some influence on how we function as a system.